Iran war scares are not new. But this time it’s different. After decades of Cold War style confrontation between the

US and Iran since 1979, President Donald J. Trump has cornered the Mullahs in a trap that will be very difficult for them to escape, one that threatens the regime in a very fundamental way – cutting the country’s oil exports. But let’s examine how we got to this situation to put today’s problems into a broader context.

Feint within a feint

One of the biggest Iran war scares we received was back in 2006-07 at the time when Iran was consolidating its power in neighbouring Iraq at the same time that US forces were working their surge into that country in order to combat the ongoing insurgency. Here, things could have gone badly wrong. Miscalculations on both sides could have cost both Iran and the US dearly with a broader regional war that no one wanted.

The echo chamber that is the international media at the time fanned stories about the inevitability of war between the US and Iran, so much so that even seasoned analysts were caught up in the hysteria of the moment and group-think took over, until events proved both the media and analysts wrong. Washington and Tehran opted for a more subtle, perhaps more rational conflict in Iraq, employing enough kinetic action to press their respective points, but not too much to elicit uncontrolled escalation.

Ultimately, Iran came out on top of this struggle. It extended its influence deep within Baghdad, Najaf, Karbala and Basra, cleverly using Iraqi Shiite militia proxies and ‘bought politicians’ more than their own forces to develop Iran’s power-base in Iraq.

The US on the other hand used hard power.

To be sure Washington had its proxies too, namely the Sunni Awakening Councils in the west of the country (Anbar Province), but they were not strong enough, coherent enough or gullible enough to support US objectives, making them sub-optimal as American tools in Iraq. Foreign forces serving with the Americans in Iraq could not and did not restrain American military actions. They just fortified the US position in Iraq, offering themselves as a collective counterbalance to Iran’s encroachments.

Iran used a similar strategy to influence the western parts of Afghanistan, where they could use the US-led ISAF presence to counteract the Taliban, all the while developing strong ties among the long-persecuted Afghan Shiite Hazara tribes.

It is a historic irony that America’s wars in Afghanistan (October 2001) and Iraq (March 2003) acted as enablers of the Iranian regime.

Iran’s strategic footprint increased by the country strengthening ties to Southern Lebanese Hezbollah and Palestinian Hamas (in Gaza). In 2006, Hezbollah attacked the Israelis, leading to a short war that ended inconclusively – both sides claiming victory. Hamas, occupying the Israeli monitored Gaza Strip, tried launching a series of attacks against Israel 2006-08; 2008-09; 2011; 2014 and 2019, but the paramilitary group has no effective offensive capability. Israeli airstrikes on Hamas positions as well as Israel’s missile defence system, Iron Dome, rendering any Hamas attack inconsequential. Nonetheless that Hamas, a Sunni extremist group, is linked to Iran allows Iranian military planners, but especially those of the Iranian Revolutionary Guard Corps (IRGC), to extend their reach to Israel’s northern AND southern borders. The Syrian Civil War (2011 -) gave Iranians even more opportunities from which to destabilise American and Israeli interests in the Levant. Linking up with the Russian presence in Latakia and Tartus (in Syria), provided some cover for Iranian operations, though Russia’s good relationship with Israel prevented tighter Russo-Iranian co-ordination. Furthermore, Moscow and Tehran have their own issues in the Caucuses, but they nonetheless sought common cause to check the minor American military presence in Syria as well as push back local US proxies.

The fact that the Russians were at least in some part happy to support Iran, especially through arms sales, gave Washington pause for thought. Russian support for Iran was highly conditional and over time, the US could deal with this ‘high conditionality’, knowing it would never turn into a tacit alliance in Syria or elsewhere.

The Sandpit of the Gulf

Then there was the fracturing of the Gulf Cooperation Council (2017). Qatar’s ambitions, never an easy fit for the Kingdom of Saudi Arabia (KSA), came to the boil. Qatar reached out to Turkey for assistance, which it received. A diplomatic spat became a major rift as ties between the KSA-led GCC and Qatar became for all intents and purposes, irreconcilable. This rift became another opportunity for Iran since a disunited GCC was a complication for American war planning in the Middle East region, the US being a friend to both the KSA and Qatar. 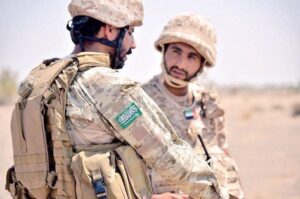 And finally, there is the war that few want to know about – the ongoing war in Yemen. Houthi rebels (Shiite) have been fighting the national government for years (since 2004). They were long accused by Saudi authorities of being bank-rolled and supported by Iran, until the KSA decided to take their own military action against them (2015). Riyadh, supported by Abu Dhabi (UAE) and a coalition of regional powers, with the added support of the US, launched an attack against the Houthis. While Yemeni authorities were caught up in their own political chaos, fighting among themselves, multiple domestic enemies and hosting a foreign military presence, they were completely rudderless to stop the country’s slide into chaos. None of this has netted the KSA a victory over the Houthis in spite of the number of American weapons and support they’ve received. Neither is the KSA-led coalition coherent. The Emiratis have differences with their KSA allies over what ought to be the primary war-aim in Yemen, Abu Dhabi seems keener on seeing a re-divided Yemen from which it can extend its own national power as opposed to crushing the Houthis.

And so, amongst all of this we have the oft cited great power ambition of Iran.

Iran, the belligerent. Iran the Middle Eastern country with dangerous nuclear ambitions, Iran the war-monger – the supporter of terrorists. And while this is true among the hawks within the hard-to-fathom Iranian plutocratic political system, there is another story about Iran.

The country has been suffering under economic sanctions for years.

The Iranian people, while no doubt in many ways proud of how their country has acted in defiance of the international community, is tiring of confrontation.

Drought and floods have taken their toll on Iran’s ability to feed itself. Sanctions have ruined the economy. And President Trump’s decision to cancel waivers issued for Iranian oil exports have dealt the Iranian regime what may turn out to be a fatal blow.

Without being able to legally export oil, what remains of the Iranian economy may well collapse. Certainly, Iran’s ability to foment hostile actions by supporting its many regional proxies could be curtailed as the Mullahs concentrate on allaying the fears and concerns of Iranian citizens. They have already rebelled against the Mullahs twice (2009 – Iranian Green Movement & the 2017-18 protests), it may not take much more for people to pour back on to the streets again, calling for the end of Iran’s theocracy. 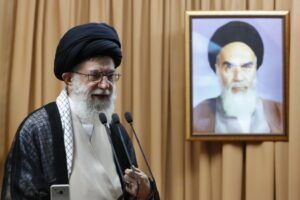 So, what are the Ayatollahs’ options?

Of these potential positions, the best option is Option 3. Obviously, there are many other permutations of all three options that could be considered but for now, if we stick to the basics, Option 3 manages to keep a semblance of stability and perhaps even the political status quo within Iran. The other two options will lead to bloodshed and chaos with largely uncontrollable outcomes.

So Where are We Now?

The US has recently deployed the USS Abraham Lincoln to the Gulf as well as a task force of bombers (6 May). Together with existing American forces in the Gulf (approximately 10,000 personnel scattered throughout the region), this still is not enough to deter the Iranians and certainly not enough to launch a war against Iran.

Four ships in the Gulf were sabotaged by assailants unknown (13 May) in Fujairah (UAE) and two KSA oil pumping stations were attacked allegedly by a drone from Yemen (14 May). All fingers have been squarely pointed at Iran for these attacks. Iran has issued denials, but so far Washington is not taking them seriously. Neither are America’s Gulf allies, most of them, with the exception of Qatar, have long standing grudges against Iran and an inherent religious bias against Shiism.

Should the Iranian leadership decide on unilaterally climbing down from any sort of military action or threat against the US presence in the Gulf for fear of escalation, this may not be enough to dissuade President Trump from pursuing further military and economic provocations. Indeed, the commercial ships that were sabotaged in the Gulf may well have been conducted by proxies in the pay of regional and foreign interests favourably disposed towards war with Iran as much as they could have been a tepid signal from Iran itself of what a war against it might look like. Either way the investigations into the sabotage are likely to yield whatever the US State Department considers appropriate to shore up Trump’s position. Unfortunately for us on the periphery of things, it is all too easy to be reminded of the lead-up to the US invasion of Iraq in 2002 with false claims of Weapons of Mass Destruction forming the basis of a ruinous war. Let us all hope that what we are witnessing is just another sign of Trump’s routine ‘keep ‘em off guard’ style and not the precursor to something more serious.