The United Kingdom has long prided itself on being “The Mother of Democracies”; how is it then that a relatively simple and straight forward process of resigning from an international club has sparked such hatred, distrust, discord and polarising political opinion? The reality is, of course, that leaving the European Union is neither straight forward nor simple. As I write this, the Government has just suffered the largest Parliamentary defeat of any British government in history as their Brexit agreement, negotiated amidst great angst over a period of two years with the EU was tossed out. 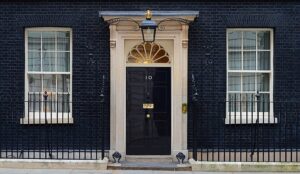 The process would appear to have been flawed from the outset: they started from very different positions: the EU wanted to make sure that no other nation would feel that exiting the EU was worthwhile and the UK Government was not at all sure what “Exit” demanded. There was an intense debate between two wings of the Conservative Party, the current governing tribe. To be fair, this has been festering for a generation: Mrs Thatcher (Prime Minister between 1979 and 1990) had huge problems with her right-wing rebels over the European Union, John Major (PM 1990 – 1997) resigned at one point and then stood for re-election to bring his right-wing opponents into the open and David Cameron decided on holding the EU referendum to keep his revolting MPs quiet. Theresa May inherited all this in the immediate aftermath of the referendum result.

Britain has developed a highly effective system of two-party politics over the last three hundred years. In this system, the governing party is opposed in the House of Commons by a second, strong party with a slightly different political vision but with an acceptance that they all play to the same rules. In the Eighteenth Century it was between the Whigs and the Tories. The Whigs developed into the Liberal Party and the Liberals and Tories shared government throughout the Nineteenth Century. In the Twentieth Century the rise of the Labour Party eclipsed the Liberals (who were reduced to a rump status) and Labour and Conservative (the modern Tory party) shared government until the early part of the present Century.

The principal advantage of this form of two-party system was that either side were considered viable parties to form a modern, pluralistic government.

Towards the end of the Blair/Brown Labour government (1997 – 2010), a major change took place as the left-wing Labour party (edged out of the Party by Tony Blair and “New Labour”) re-emerged with the election of a left-wing leader to replace Gordon Brown when Labour lost power in 2010.

In a surprise election result in 2015, David Cameron and the Conservative Party won overall control and Labour, judged by the electorate to be too left-wing, decided to elect a candidate who was not only on the extreme left-wing of the Labour Party but had never been considered to be a likely leader in Jeremy Corbyn. The general election of 2017 further complicated the mix by delivering a ‘hung Parliament’, possibly as a result of Labour’s more effective use of social media to motivate its core support. Theresa May’s government is dependent upon the support of ten Democratic Unionist Party (DUP) MPs of Northern Ireland.

For Labour, the election of Jeremy Corbyn was an early example of how to use modern social media to develop a ‘virtual bandwagon’ to influence an election. Some would say that the election of Donald Trump in 2016 built upon these techniques too.

Jeremy Corbyn and his core team are the most extreme left-wing activists the UK has seen in a mainstream political party with policies that fit neatly into the Marxist mould.

Although the Labour Party continues to attract support from its traditional, working class, base, it has singularly failed to attract the broader middle-class support needed to form a government. In a traditional two-party system, the opposition party would have been expected to be polling significantly higher than the governing party at this stage in the electoral cycle. It isn’t. As a result, the Conservative government has not been under the pressure that it should rightly expect from the opposition and the right-wing of the Conservative Party has been able to flourish and exert an undue influence on government.

As a result of an ineffectual opposition party which has failed to command the support of a large part of the electorate, and a government too focused on the fissures within its own party, little constructive dialogue has gone on between the various groupings. Indeed, there is a prevalent view that any compromise is a show of weakness and, consequently, no effective negotiation can occur.

The Referendum campaign in 2016 was characterised by obfuscation, over simplification and downright deceit. Both sides used social media to put their respective cases and allow direct attacks upon their political opponents. It was bad-tempered, ill informed and mendacious. The result (a 52% vote to leave the EU) was insufficiently overwhelming to prevent injured feelings from the losing side. These frustrations rumble on today.

Where then does that lead us? To a dysfunctional Parliament where little or no real dialogue continues, where there is a destructive lack of trust both between members of the same ‘tribe’ and between political parties. Where traditionally members would feed back to their respective party leaders the feelings and views amongst back benchers through their party whips, these whips are used to try to instil party discipline without much success.

So, where do we go from here? The UK is effectively paralysed by two and a half years of argument, discord and dithering over how to interpret the results of the June 2016 referendum. The UK has ignored issues of security, trade, and foreign affairs, focused on a narrow and divisive issue of relationship with the European Union and failed to take cognizance of the rise of Russia and China on the international stage. Like a hare trapped in the headlights, we are heading for an exit from the EU on the 29 March 2019. As with the story about the farmer in Galway when asked how to get to Dublin remarked “I wouldn’t start from here!” The UK’s options are limited: we could have a second referendum – it might overturn the first (or it might not) but it will be equally divisive; we might head for a ‘hard Brexit’ but that could be economically disastrous, both for the UK and the EU. We might return to the EU fold but the arguments about the EU will continue and the UK will always be a European curmudgeon. We might head for the ‘Norway option’, the ‘Canada option’ or something completely different.

The huge defeat suffered by Her Majesty’s Government on 15 January was not by a coherent group of politicians. There were hard Brexiteers, Remainers and all shades in between. The one thing that linked them was their mutual hatred of the deal negotiated with the EU. This deal is now, for all intents and purposes, a dead deal. But what will the EU agree to in its place? Their preferred position is for the UK to come back into the fold with its tail between its legs, apologise and promise to be a good European nation.

The UK can ask for an extension to the ‘Article 50’ timescale (the treaty provision for a country to leave the EU). How we manage to square this impossible tangle is very unclear. We have been led up the garden path by the failure of our political establishment. There is no clear way out – we are facing the compost heap of history.