Director of Research and Analysis at Arab Center Washington, D.C., 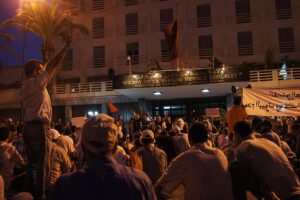 Democracy in the Arab world continues to be besieged and denied by autocratic and unrepresentative systems and elites to the vast majority of Arab citizens. Only a few countries allow consequential democratic practices such as Lebanon, Tunisia, and Iraq, while others use pronounced trappings of democracy to project a sense of legitimacy to governance and authority. But regular elections for municipal councils, parliaments, and executives remain the main manifestations, though circumscribed, of popular participation in government.

This year, several elections were and will be conducted from North Africa to the Gulf to the Levant. Egypt held its presidential election last March in which sitting President Abdel-Fattah al-Sisi won a second four-year term amid reported widespread fraud and after credible competitors were scared away or arrested. Immediately following the election, Sisi’s supporters in parliament began floating ideas about lifting the two-term limit on running and about extending the presidential term to six years; essentially re-creating conditions extant during the rule of former President Hosni Mubarak.

Tunisia is set to hold municipal elections this year and will prepare for a presidential poll in 2019. The only country to have given democracy a good run since the Arab Spring protests of 2011, Tunisia has conducted a few and regular parliamentary and presidential rounds and has fully respected their outcomes. What seems to have worked best in the Tunisian case is the principle of political compromise all countries transitioning from authoritarian rule are advised to follow. Despite sharp differences in their outlooks and approaches to governing, Tunisian elites and politicians were able to find the necessary common ground that spared their country many of the calamities of post-authoritarianism. What Tunisia now needs is a sustained effort at addressing economic woes lest political compromises fall short in the long run.

Seemingly oblivious to the country’s considerable political and security troubles, many of Libya’s politicians hope to conduct new elections for parliament and president while Libya is, de facto,partitioned into an east and a west as well as a medley of militia-controlled territories. A United Nations-sponsored Libyan Political Agreement from December 2015 is fighting for its life as UN envoy to Libya Ghassan Salame warns that elections need to be preceded by an agreed constitution on the nature of the political system. Besides, the country has no election law, accurate and trusted voter rolls and registration, or mechanisms for legal supervision. 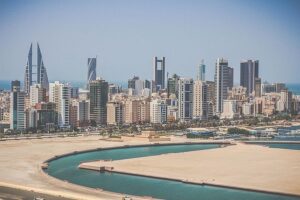 In the Gulf, Bahrain is also set to hold parliamentary elections this year despite a continued crackdown on all opposition whose participation is doubtful at best. This would be the second country-wide poll since the protests of February 2011 that ended with the direct intervention by forces from the Gulf Cooperation Council’s Peninsula Shield. No opposition candidates contested the 2014 elections as government-approved politicians and courtiers swept the results. It is hard to imagine that this year’s round will be a true return to the pre-2011 somewhat competitive races that in some instances allowed for the election of opposition candidates, albeit within the circumscribed space of unfettered rule.

Where parliamentary elections are going to be competitive and consequential this year given the stakes is in Iraq and Lebanon, both of which are abutting war-torn Syria and exposed to the myriad impacts of elite competition, Iranian influence, and sectarian divisions. Both countries have chosen different versions of consociational and sectarian political formulas; subsequently, their elections will not be expected to allow for broad-range representation of secular forces in either society. It is also arguably expected that cross-cutting, inter-confessional alliances will not form, making for a less inclusive and more fractured political environment.

In Iraq, Shiite political forces have been the main drivers of political developments since the writing of the country’s constitution in 2005. However, the competition between them has not led to better government or stronger institutions. In fact, they have presided over and benefited from corruption, nepotism, and the absence of accountability. This year, their different factions––moderates led by Prime Minister Haidar al-Abadi, challengers to his premiership, and pro-Iran extremists in control of armed militias––are in a battle for the final control of the organs of the Iraqi state. Other political forces, Shia, Sunni, and secularists, are in the political game to secure some representation that they can best use as a check on executive authority and to maybe give some support to the moderate Abadi.

Finally, Lebanon is on the cusp of renewing its parliamentary politics, unless unwanted regional circumstances arise to prevent this exercise of democracy. The current Chamber of Deputies was originally elected in 2009 and its mandate has been renewed three times because of serious disputes over a new electoral law. But in June 2017, a new law of proportional representation that still preserved the sectarian division of parliamentary seats was enacted. It is hard to see how the new rules will impact voting and the results, but the election is likely to re-produce the old alliances. Moreover, many Lebanese doubt that the new legislature will give the government the necessary tools and power to help deal with the challenges posed by Hezbollah’s status as a state-within-the-state and the many neglected economic and social ills in the country.

Elections are normal mechanisms for the renewal of democratic politics and the reinvigoration of the polity. Whether for legislative bodies or executive authority, they are yardsticks for measuring the health and sustainability of political systems. In the Arab world, they have become mere signposts for perpetuating either autocratic rule or political alliances between elite groupings. While the Tunisian model of political compromise may be emulated, it may not be enough. For true Arab democratic development to take place, Arab regimes must realize that their current political culture and practices have failed and that they should allow Arab citizens to help chart the region’s course out of the tunnel of authoritarianism.