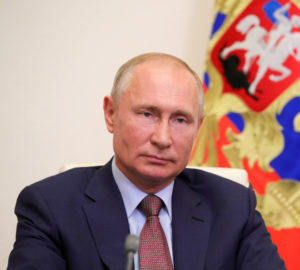 In 1971, a book was published entitled The Dice Man, written by British author George Cockcroft, who used the pseudonym Luke Rheinhart, the book’s key protagonist. The story is of a psychiatrist who begins to make all his daily decisions based on a dice roll. The more Rheinhart gives his life over to the dice roll, the more chaos ensues, and the more turbulent his life becomes – uncontrollably so. Many critics of Russian President Vladimir Putin have often claimed that he is more a gambler than a strategist. That he likes to throw the dice to see how far he can push the West to give him strategic space. In fact, in a recent interview conducted with former Foreign Minister and Deputy Prime Minister of the Republic of Georgia, Eka Tkeshelavili, for SAGE International’s The Focus podcast, Eka also referred that Putin and those KGB types that surround him are all gamblers. While gambling is part of any strategy since it is a high-stakes game of bluff, it is not only about bluff. Putin does not simply cast the dice as per Luke Rheinhart, acting according to whatever a number prescribes him to do. There is preparation, a deep understanding of his opponents, and an internal acknowledgement of Russia’s strengths and weaknesses, allowing him to plan his moves.

With the spectre of war hanging over eastern Europe and the ongoing international speculation over whether the Russian President will launch an invasion of Ukraine, we should all stop and look in a more sober light at what might be going on.

Alarmist media aside, the 130,000 Russian troops inside the Russian Federation and Belarus, currently undergoing ‘military exercises’, might be Russian and Belarusian troops undergoing exercises. Anyone versed in the study of war knows that the protagonist must mobilise at least a 3:1 advantage over its foe to prepare for war.[1] Ukraine is Europe’s second-largest country apart from Russia, with around 44 million people. Furthermore, while a rough estimate of the Ukrainian armed forces suggest that Russia might well have a clear numerical, technological, and industrial advantage, it is expected that in the heated nationalistic environment on the streets of many major Ukrainian cities, many able-bodied Ukrainians will take up arms against a Russian/Belarusian invasion force. So, from a geographic and demographic perspective, the idea of charging into Ukraine without considering this would be foolhardy. Putin and his acolytes in the Kremlin are not foolhardy. As an instrument of intimidation, an extensive military exercise along two sections of Ukraine’s border – north and east does two things. Firstly, it tests the resolve of the United States and its European NATO partners. What will they do? Will they mobilise their militaries in response to defend Ukraine? Will they commit to a harsh sanctions regime to punish Putin and his supporters if they give the order to invade Ukraine? Secondly, it tests the internal contradictions of the European Union (EU). With the number one EU economy, Germany dependent on importing Russian oil and gas, like many other EU states, can turning up the heat militarily over Ukraine split the EU? If it does, will this ultimately destroy the EU? It is not an unreasonable question considering that the EU is still reeling from the departure of the United Kingdom, and Brussels, the EU capital, is far from considered the capital of a significant global power. It is the centre of a bickering multinational bureaucracy that has no military arm of its own and lacks any coherent foreign policy position. Breaking up the EU might realign European countries into different alliances or even see some countries attempt to go it alone. Smashing any form of European solidarity would leave the field clear for the Kremlin to influence the post-EU order.

However, would this take a war? No. Military action would not necessarily require a war. Keeping the current level of pressure on Ukraine by Russian and Belarusian troops prowling the Ukrainian border and by selectively putting strategic assets closer to ‘the front’ could escalate tensions over months without a shot being fired. It would be an expensive exercise but sustainable and with the added advantage of not having young Russian men coming home as casualties. 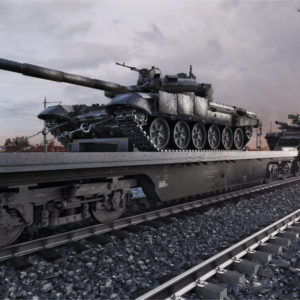 Furthermore, Putin’s previous assaults against the international system, Georgia 2008 & Crimea in 2014, were carefully managed and meticulously planned events. Nothing was impulsive about capturing South Ossetia and Abkhazia from Georgia or taking Crimea from Ukraine. The ground was prepared in advance. They ended up being low-cost, high-impact operations for Russia, which the international community could not counter. If there were any chance of Russia pulling off a similar style of operation against Ukraine, it would have to come from months, if not years, of silent preparation. Indeed, recent news has suggested that Ukrainian intelligence managed to counter a pro-Russian coup, which may well have handed the entire country over to Russia without a fight. While this plot was revealed, two things stand out. The first is that Ukraine has only recently been pro-Western. Only since 2014. Before that, Ukraine was run by the pro-Russian Yanukovych Ukrainian elite and Ukrainian society was divided over whether to remain within Russia’s orbit. Many of those who served Yanukovych are still residents in Ukraine. Some, including Yanukovych himself, had fled to Russia following on from the 2014 Maidan demonstrations in Ukraine or, if they were oligarchs, fled to their Monte Carlo and similar abodes. It is unlikely that former Yanukovych people gave up on ever being in leadership positions in their mother country again.

Furthermore, if our experience with the War on Terrorism taught us anything, permanently dismantling political conspiracies is difficult. For every terrorist plot uncovered, another developed. In the hardscrabble for political influence in Kyiv, rolling back one alleged coup plot should not be seen as the ultimate triumph over Putin’s revanchism. As a former KGB agent, Vladimir Putin must know that this is where Ukraine’s most significant weakness lies.

The second issue is that historical and cultural bonds between Ukraine and Russia are powerful. The very thing we keep seeing in today’s newspaper headlines is that Kyiv’s newfound relations with the West are a ‘done deal’. Century-spanning intertwined history and culture are hard things to overturn in eight years. As Ukraine enters a period when it is facing an existential threat to its sovereignty, trust in the West’s support becomes critical. Anything that smacks of back peddling or false promises will likely turn Ukrainians away from the West and back to Russia in a ‘better the devil you know’ about-face. Again, even though this would be a far longer-term prospect than Putin may like, the result would be a Russian aligned Ukraine. In a way, the Zelensky leadership in Kyiv has snookered the West. By portraying itself as ‘Poland 1939’, Zelensky’s Ukraine is forcing the US and NATO to signal to Russia that Ukraine’s borders are inviolable. Moreover, while this support may fall short of turning Ukraine into a NATO member or giving the country strategic level weapons that could threaten the Russian heartland, the closer Zelensky pushes Ukraine westward, the more alarm bells will be ringing in Moscow to take decisive action.

Would decisive action mean war? Perhaps. However, Putin is no standard ‘butcher’. When forced to act decisively, he does so with a better than average chance of coming out unscathed. Putin’s leadership style is more mob-boss than genocidal autocrat, and mob-bosses have perceptions of legacy, legitimacy, and survivability that they like to cling too. Genocidal leaders, as we saw last century, will drag their nation through hell and take their country down with them in unprecedented acts of carnage. So, when looking at today’s Russia, we must consciously avoid false historical analogies. Putin will use the symbols of Russian national power to demonstrate that Russia is no spent force in the international community. So far, he has proved he is no historical arsonist like Hitler, Stalin, and Mao. Moving into Ukraine, should that be his decision, will be as much about destabilising the Zelensky government and making Ukraine ungovernable as it will be about monstering Ukraine with Russia’s armed forces.

Furthermore, were the Russian military to move on Ukraine, the window for action is rapidly closing. As the northern winter ends, the ground in Ukraine will not favour the movement of heavy armour until the following northern summer. Moreover, not wanting to upset his ‘ally’ Xi Jinping in the Chinese leaders’ hosting of the Winter Olympics, any likely Russian military move might be designed for February 20-21. It would have to be so overwhelming that Ukraine would have no chance of withstanding it. In this scenario, the deployment of tactical nuclear weapons cannot be ruled out. This is a Russian trump card that Putin might use if he believed this would cower the West into backing down and giving him his unassailable victory. After all, like the Monroe Doctrine makes Latin America a core national interest of the United States, Ukraine is considered a core Russian national interest. Will the West fight for Ukraine? Too much has been made of the essential nature of Ukrainian independence in the media for it not to. Ultimately the result of any perceived Western backtracking on Ukraine might well be as crucial to the security of Europe as any move Putin decides to make.

[1] Critics of this thesis might say that the US had no such advantage when it moved into Afghanistan and Iraq, but those two countries were not peer competitors of the United States. Instead, they were developing nations denied access to high-tech weaponry and professional military training. Furthermore, there are sound arguments that say that because the US failed to move into both countries in force, i.e., with enough boots on the ground, Washington’s fate was sealed despite what Rumsfeld and his supporters claimed about the utility of ‘light, high-tech forces.’