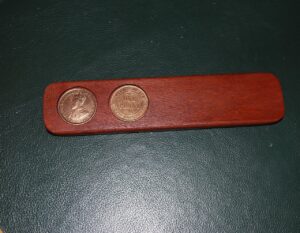 Two-Up is an Australian game of chance. It involves a small piece of wood and a couple of coins. The ‘Spinner’ is the person who holds the piece of wood and then tosses the coins in the air. Those playing the game place bets on how the two coins will land, for example, 2 heads, 2 tails or 1 head & 1 tail.

Currently, this game of chance, while uniquely Australian, seems to have elevated itself to the realms of contemporary statecraft and strategy.

From the end of World War II to the end of the Cold War, a premium was placed on governments, of whatever hue and shade, taking incremental steps towards a desired goal or outcome. To be sure there were surprises from time to time, but overall it can be said of this era that one could chart state behaviour relatively accurately when confronted by a crisis. Smaller dictatorships tended to be the less predictable players on the international stage while larger states with highly developed economies operated in a much more conservative, evolutionary way.

This level of predictable behaviour was useful at a time when the world stood at the brink of global thermonuclear war. There was simply far too much to lose had it been any other way.

When this threat ended and the Soviet Union dissolved, countries became relatively free to chart their own course politically and economically. This introduced a new level of unpredictability to the international order. When this was coupled to the disruptive technological innovations such as the Internet, global communications became faster, as did the channels for signalling state and non-state intent on matters of war or peace.

The first major strategic disruption in the modern post-Cold War age was the use of the Internet by small non-state actors such as Al Qaeda and later the Islamic State, where their messages of hate infiltrated computer terminals in every home willing to watch and listen. It also allowed these groups to reach out and mobilise resources in ways that previous generations of non-state actors could only dream of. It is one of the reasons why online radicalisation of youth is so prevalent, creating online cadres of people willing to kill and die or be jailed for actively supporting extremist ideologies.

Then there was the election of Donald J. Trump as US President in 2016.

For the first time, a US head of state utilised social media as a way of marshalling his followers, muddying the waters, insulting his enemies and signalling his intent to other international leaders. This has become the key international disruption of diplomacy today.

Combine all of this to the fact that without a near-peer competitor to the US that could bring order to restive and agitated secondary powers – things are starting to spiral out of control.

Many contemporary observers have claimed that the People’s Republic of China is the natural ‘next’ centre of gravity. But as yet, its behaviour as a state is far from ‘attractive’ to parts of the Indo-Pacific it wishes to influence. Taking Chinese money and allowing the PRC to build infrastructure is one thing. It is a relationship built on opportunism by the recipients of Chinese aid. Without the attractive qualities of soft power – inducing countries to join the PRC without force and coercion – all of the PRC’s international relationships will be based on brittle opportunism, mixed with the heightened fear and anxiety of dealing with a totalitarian state. This is unsustainable and may well keep the PRC at the level of a giant secondary power as opposed to a true competitor superpower of the US.

The US, while still the largest, most powerful and prosperous country in the world is headed by an incautious, temperamental head of state who has chosen to use his mastery of Twitter as a vehicle to institutionalise a narcissistic need for attention and, in his mind, the power of American unpredictability in order to strike a deal. This could be loosely referred to as the ‘Trump Doctrine’.

Presently, the plan seems to have worked in Korea.

North Korean leader Kim Jong-un and the US President have developed a ‘bromance’ which achieved one thing of significance, it has turned the temperature down on the Korean Peninsula allowing communication between Seoul and Pyongyang. And, as they say, ‘jaw, jaw is better than war, war’. However, nothing of substance has really come from this ‘détente’. The problems of what to do about North Korean missiles and nuclear weapons are likely to outlast the Trump administration and perplex any new one.

With regard to Iran, walking away from the JCPOA nuclear deal in the hope of having a more comprehensive one which includes Iranian ballistic missiles as well as IRGC outposts and activities throughout the Middle East through exerting maximum pressure on Tehran may well backfire.

Trump is not a wartime President.

In fact, his election in 2016 was based on his desire to see the end of American military commitments to Afghanistan and Iraq. It is unlikely that his opinion has changed about this and therefore would not like to have a war begin on his watch as president.

However, after the ‘mysterious’ attacks on oil shipping in the Gulf as well as an Iranian shoot-down of a sophisticated US drone last June, while Trump stood on the verge of a retaliatory military strike, he called it off 10 minutes before ordnance was dropped on Iranian targets.

Currently, we are awaiting what the US will do in retaliation for a major ‘mysterious’ drone and missile attack on the Khurais and Abqaiq oil facilities in the Kingdom of Saudi Arabia. The US has blamed Iran for the attack on international oil shipping in June and for the September 14 attacks on the KSA. But will the latter attack generate a military response from the US against Iran? No US personnel were killed or injured in the attack. No US property was destroyed or damaged. Where is the casus belli?

What is clear is that Iran, or more properly Iranian interests, feel sufficiently emboldened to continue an aggressive posture against the US and its Gulf allies. The theocracy is imperilled and the IRGC, the guardians of the theocracy, have much to lose should the American maximum pressure strategy continue. And, we cannot forget the collateral damage this is causing average Iranians who are finding it harder to survive as their country’s economy withers.

If Iran facilitates another major blow to an American Gulf ally, it will become harder for the US not to retaliate militarily. Its entire presence in the Gulf is premised on being able to help these states defend themselves. If these American promises stop being credible, expect more unpredictability as Gulf states chose to move further from American protection to eliciting Russian or Chinese support, changing the balance of power and introducing even further chaos into the equation.

But there is always the prospect that a new ‘bromance’ will take hold and flourish between Iranian President Rouhani and President Trump. But this prospect will not happen for a while and not after more threats are exchanged and more mysterious assaults launched.

Everyone is taking risks these days at the strategic and diplomatic levels in the hope that doing something disruptive might net the coup of sustained reduced tensions and stability. The problem is that unpredictability feeds unpredictability. We are indeed engaged in a game of strategic and diplomatic Two-Up where outcomes are difficult to sustain and even harder to forecast.