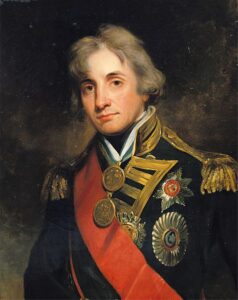 In Nelson’s day, Royal Navy ships, moored off Portsmouth on the UK’s south coast, could expect any sailors who died or were very ill to be collected by the ‘Bum Boat’ and shipped up Haslar Creek to the Royal Naval hospital. “Up the creek” passed into lingua franca to mean you were in big trouble. Nelson, and his sailors, would have been horrified to learn that two centuries later it would be applicable to that once proud nation.

The current Brexit debate is a colossal failure of the country’s political establishment; with inept leadership and a complete absence of common sense. The old question as to how to get to a particular destination evincing the answer: “Well I wouldn’t start from here!” is highly apposite; the British Government, HM Opposition and elements of the rabid political fringes on both left and right have all conspired to lead us “up the creek”.

We can, and I dare say will, debate this sorry tale for many years to come and historians will probably mark it as the end of Great Britain as a force for good in the world; a country now riven by petty feuds, internecine quarrels and a perverse fixation on introspection. Will London fiddles UK manufacturers cannot trade properly on global markets, productivity falls, and the governing elite ignores pressing problems of today’s world. The UK is a laughing stock of Europe, many of whom are delighted to see a once proud nation reduced in both stature and influence.

The ineptitude shown by the politicians, of all parties, is unbelievable. David Cameron, the former Conservative Prime Minister, used the idea of a Referendum to silence the right-wing critics in his own party and Jeremy Corbyn, the Marxist-leaning leader of the Labour Party was highly ambivalent about his stance in the debate. Theresa May, the present Conservative Prime Minister, assumed power when Cameron resigned in the immediate aftermath of the Referendum and committed herself to delivering Brexit, come what may. She went to the country with a General Election in 2017 where she squandered a healthy lead in the polls and lost her majority.  Her negotiations with the European Union were deeply flawed from the outset; the EU negotiators had determined to maintain cohesion amongst the other 27 nations in the bloc and, to the UK’s surprise, managed to out manoeuvre the UK’s team at every turn. Theresa May’s “Red Lines” were manifestly unsuited and, indeed, some were mutually incompatible. The position of Northern Ireland and the absolute requirement that there should not be a hard border on the island of Ireland, meant that some form of ‘common market’ would be required – anathema to the hard-line Brexiteers. The negotiations were doomed from the start.

The final ‘agreement’ was a complete mess, with special measures to ensure that the Irish issue was properly addressed.  Parliament was then invited to have a say and, inevitably, the different factions split predictably and there is no majority for any particular action. The final date for Britain to leave the EU passed with no decision but an extension for two weeks; the UK is now seeking a longer extension to allow Parliament to come to a decision. The EU may, or may not, support this route but all it does is to ‘kick the can down the road’. Theresa May might believe she can get her deal through the House of Commons but there is no evidence to support this: she has little sympathy within Parliament and even less across the country.

There is a growing consensus that the electorate should be given another opportunity to vote. The hope of the pro 2nd Referendum supporters is that the vote will go against Brexit and the UK will remain in the EU. This is unlikely to be of such overwhelming proportions that the debate will fade away and it will lead to further antagonism and frustration with Britain’s political process.

At the end of the day and where we are now, we have three real options available to us: a) a No Deal where the UK plunges out of the EU and goes alone; b) the deal agreed with the EU over the last two years, including the infamous backstop and; c) a repudiation of Article 50 of the Lisbon Treaty which initiated the UK’s formal departure from the EU remaining in the Union.

Each of these options has considerable danger for the wealth and health of the UK: a “No Deal” will cause considerable disruption, necessitate an immediate hard border in Northern Ireland and leave acrimony both on the UK’s side as well as that of the EU. The agreement struck with the EU is seen as toxic by many Members of Parliament and still leaves the final arrangements to be determined over the two-year transition phase. Repudiation of Article 50 is the nuclear one; Brexit still has many fervent supporters who would be appalled at the humiliation of Britain curtailing the leaving process. Britain’s position within a future European Union would be extremely weak and the impetus for continued integration within Europe might become unstoppable. Brexit would inevitably overshadow British politics for a generation.

Where we will go is anybody’s guess but, whatever the outcome, it will be loved by some and loathed by others. In a recent by-election, the proportion of the electorate voting for a major political party fell from 95% to 71% with fringe candidates gaining votes. This can only lead to political instability and unknown consequences. Established politics is now fundamentally damaged and the UK entering uncharted waters.  We may well be up the creek but there is a strong rip tide which will capsize us if we cannot find someone to lead us to calmer waters.