Time to consider weekly global headlines in an ever-changing world

Steely Don: Trump’s new tariffs make perfect sense, if you look at the history of US trade policy 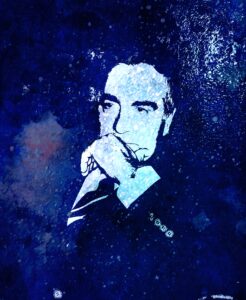 aluminium tariffs put forward by US President Donald J. Trump are no more of a radical proposition than what had taken place under previous administrations.

Campoy suggests that the furore surrounding this US policy announcement gives the impression of Trump, promulgated by the international media and other heads-of-state – as well as Trump’s own use of inflammatory language – that the US president has elevated the notion of ‘trade war’ to alarming levels, in spite of the fact that steel tariffs have long been used by many US administrations as a way of punishing or cajoling America’s international trading partners.

As Campoy’s article states, it is not the message but the apparent nature of the messenger that has made the idea of heightening tariffs a ‘radical break’ from past practice, when in fact it is ‘policy continuity’ that we are looking at. Campoy argues that the idea of imposing steel tariffs is the economic equivalent of Trump’s anti-illegal immigration Mexican Wall; an illusion that his domestic followers can still latch on to without obliging the American government to do anything that will actually see the policy turn into reality.

However, as politics is all about perception, and its implementation is about the ‘art of the possible’, there are some darker aspects worth considering. 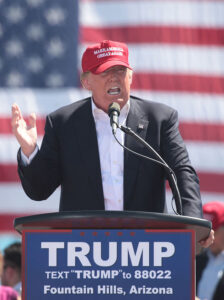 If much of Trump’s bold initiatives to ‘make America great again’ are indeed flights of rhetorical flourish, he and his administration are lying to their domestic constituents, making the world look unnecessarily combative and hostile to US interests. Trump is stoking the fires of ‘fake war’ to keep his political base from abandoning him. A rational option considering the mounting pressure being heaped on him through the Mueller Russia investigation, the internal White House campaign driven by Chief of Staff, Gen. John Kelly to roll back the power and privileges of the Kushner duumvirate (Trump’s son-in-law Jared & daughter Ivanka) as well as the chaos surrounding the position of the White House spokesperson for the Trump administration.

Considering the remorseless presidential Twitter-feed attacks on enemies foreign and domestic from Kim Jong-un to the mainstream media, Trump’s domestic base is in decline. Those true believers, who think that the US president is cleverer than he appears, are likely to rally around the Trump brand to share his siege mentality. But for these people there will come a time when even the most ardent of them will have to concede that their president has major shortcomings – the most obvious of which is not following through on his strident rhetoric.

For the international community, the most important thing is not to over-react to anything coming out of the White House. There are cooler heads in Washington D.C. who can manage international expectations on what America will or will not do at the strategic level. But if international heads-of-state attempt to counteract Trump’s combative rhetoric with their own, we will be in for a world of pain. International ‘fake war’ from trade to politics will drive events down the path to something closer to actual war. The trans-Atlantic alliance, already looking far weaker than at any time since its founding back in the early 1950s, may well evaporate, leaving the strengthening Sino-Russian collective to pick up the pieces of American international influence.

Only Moscow and Beijing stand to benefit from this current US administration, an administration that one year on from its inauguration, has built an unhealthy reputation for scoring ‘own-goals’.