In the afterglow of the US President’s meeting with new Japanese Emperor Naruhito, and in the after-wash of the

European Parliamentary elections, I discovered a story in the Washington Post. A real blink and you’ll miss it story.

Vice President Mike Pence, a man not known for craving the limelight unlike his more gregarious boss, recently made a speech to West Point graduates in which he effectively told them that they will be deployed, fighting for America in multiple locations, saying it “is a virtual certainty”.

Afghanistan, Iraq, Korea, the Indo-Pacific, Europe and the Americas.

What? All of these locations? Simultaneously? This sounds like a world war. Surely the US Vice President, considered by many to be a very cautious man hasn’t spilled the beans on some secret agenda? Surely he was taken out of context?

According to Washington Post opinion writer, Paul Waldman, we ought to take these comments seriously. Waldman intimated there is a belligerent ‘pro-war’ element within the Republican Party itching to see American power displayed to protect and defend US interests more vociferously. Using as his example Senator Lindsey Graham’s bellicose public statements on what the US ought to do in Venezuela in order to rid the country of Maduro and his Cuban backers. It is clear from his comments, Graham is no fan of Maduro and if he had his way, the big stick would be used against the Venezuelan dictator.

But is this evidence of something sinister deep within the corridors of American power? That is, something even more sinister than what many of us have already concluded about the Trump administration?

Upon watching the video of Pence’s speech, it is hard not to think that Waldman is right in his assessment. Pence, uncharacteristically used the active rather than passive voice. Things that most politicians might raise as an issue would normally come across in the passive voice, so as to signal to listeners possibilities, not actualities. When using the active voice, you are signalling to listeners actualities, not possibilities.

Of course one could be generous to Pence and his staff for simple things like poor speech writing, bad editing and a breakdown of inter-office communication. These things happen all too frequently at government and commercial levels. Nonetheless, as Vice President of the United States, the person nominated to stand in for the President were he to die in office or become seriously incapacitated, there are expectations that trivial mistakes of this nature are far less common.

So Pence, standing before West Point graduates telling them in active voice that in the years to come they will serve in combat roles around the world should rightly catch our attention.

So far, no Trump official has come out to mitigate the words of the Vice President. So does the Vice President know something that we the people do not? Was he beginning to prepare the next generation of US military officers for the prospect of World War III?

The Washington Post and those who write for it are known to be hostile to the Trump administration. Many Trump supporters can and with some justification point out that anything that ‘the Post’ writes on Trump will cast his administration in the bleakest terms. But before we rush to this conclusion let’s look at some facts about the international community we live in.

We live in a world of 8 billion people, spread out over 206 countries of varying sizes and capacities.

Wealth is unevenly distributed and resources needed to the fuel industries powering the world’s multiple economies have hit ‘peak’, meaning that there will be fewer exploitable resources coming on stream over the longer term. Economic growth is hitting marginal, neutral and negative territory around the world with some economists believing that we need to plan for a period called ‘zero growth’.

The truth is we have never had so many people and organised states on this planet before, all aspiring to lifestyles as benchmarked by the West and the US in particular. This is a problem in that we are bumping up against real limits to human developmental indices.

There are environmental problems which are in and of themselves too complex to handle by any one state.

The long standing US-led global security order is fraying and US trade and economic dominance is being challenged by the People’s Republic of China and its BRI initiative. 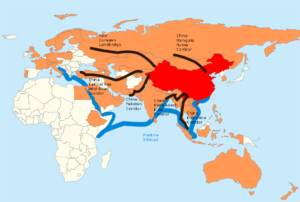 Around the world, political leaders are either too ignorant or crass to bring the needed elements of sophisticated thinking and cooperation to the table to address these global challenges, seeking instead shelter in nationalistic slogans and the power to move the masses through populism. We’ve been down that road before and it did not end well.

So, it is perhaps right to say that the world is currently undergoing a period of readjustment to an older and cruder form where the temptation to use political violence by state and non-state actors, against state and non-state actors is all too great. Old fuzzy, liberal certainties are no longer holding even though our political leaders still speak the language of these old certainties as if by mentioning them gives them a ‘Magical Realism’ to live on in perpetuity.

And then there is National Security Adviser John Bolton and Secretary of State Mike Pompeo, both known hawks on America’s place in the world and both known to hold grudges against Iran and North Korea. It might be that Trump has allowed them into his inner circle to shore up his ‘art of the deal’ style of government where military intimidation is key to get ‘enemy’ foreign powers to bend to US will. So long as you are sure that an enemy foreign power will react exactly the way you expect, you hold the whip hand since you can predict the likely behaviours of that power. If on the other hand, you over-estimate your own capabilities in strategy and statecraft and underestimate those of your opponent, you may well be in for a rude shock when you encounter push-back. As Prussian Chief of the General Staff Helmuth von Moltke famously said: “no plan of operations extends with any certainty beyond the first contact with the main hostile force”. Or, as rephrased in a more direct manner in the early 1960s, “no plan survives contact with the enemy”.

Pence might be right. The years ahead may prove challenging and US military power could be deployed to more regions more often, in order to preserve what is left of US global hegemony.

Or it may be that Pence is positioning himself to run as a Presidential candidate for the Republican Party, running against Donald Trump in 2020 – if the Trump presidency lasts that long. Tough talk on security is a crowd pleaser among many in the Washington Beltway and would be a guaranteed move to pick up significant political support among those who matter in the Pentagon, Defence Industry and Veterans groups. So Pence’s words at West Point may just hold sway, not for what was said, but how a specific audience will view them politically.

We can only hope that the more prosaic of the reasons given for Pence’s speech at West Point are correct. Contemplating a world tearing itself to pieces with modern weaponry is far from comforting.